The 2017 Godbe Research survey builds on historical survey data and continues to measure the District’s progress with not only its community & pilot outreach and partnership programs, but also takes the pulse of current public opinion surrounding the Truckee Tahoe Airport District (TTAD). The survey was conducted using a mix of: direct contact land lines and cell phones, along with text and email invites. The results were presented to the Airport District Board at their August 23, 2017 meeting.

The District first hired Godbe Research in 2005 to poll the local community on levels of awareness and general favorability of the Airport, its actions related to land use, annoyance, growth, traffic, and community character. Extensive discussion related to the survey content took place among a special group of Board, ACAT and staff members, as well as with community participants. The long term value of the survey has become apparent following its inception in 2005 and deployment again in 2009 and 2013, and now with new 2017 results.

In general, the survey result trends from 2005 until 2017 reflecting the District’s efforts shows many areas where positive improvements have been made, but also that work still remains to be done in others. The data supports increased awareness of the District’s mission, the efforts being taken to reduce community annoyance, and the District’s overall level of community involvement and support. Staff anticipates the use of the unified questioning methods will yield valuable data guiding the Board and Staff through future strategic decisions in the areas of public communications, noise and annoyance, land use, and peak period growth. 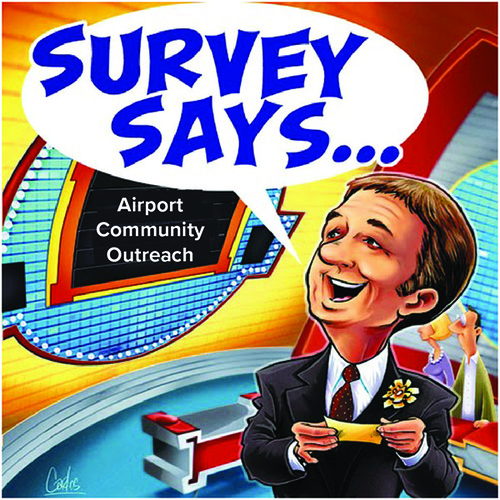