The following chart shows KTRK's 2018 total flight operations by aircraft type and quarter.  The FAA considers a landing as one flight op, and the departure of that same aircraft as a second flight op. Over 50% of KTRK's annual flight operations occur in the 3 months between mid-June and mid-September. Flight operations were up in 2018 approximately 4% from 2017, which includes an increase in helicopter operations based out of KTRK during local fire fighting efforts. 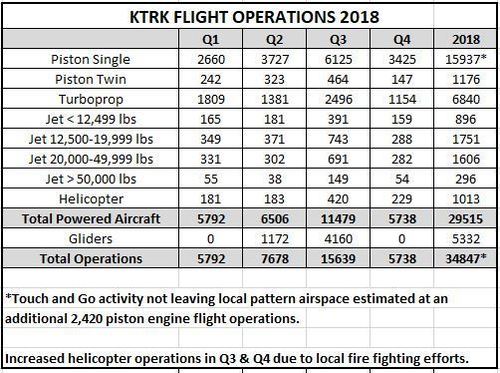