1:41 PM Local Time
Truckee Fire Protection District
Truckee Tahoe Airport District
At approximately 10:46 AM, a single engine Cirrus SR20, FAA identification number N89423, crashed 1.16 nautical miles south of the airport near Lahontan, Placer County, California. Two occupants were aboard the aircraft at the time of the incident. One pilot was fatally injured and died at the scene. The other pilot occupant was transported approximately 10 minutes after the incident by EMS helicopter to Renown Regional Medical Center in Reno, Nevada and was reported to be in stable condition. The aircraft struck an open field in a nose down attitude. No fire resulted; no measurable fuel was spilled. The aircraft was equipped with a ballistic parachute, and it had been deployed. No homes were threatened.
The aircraft departed the south bound runway 20 at Truckee Tahoe Airport and was cleared for departure at approximately 10:45 A.M. The winds as reported by the air traffic control tower at the time of departure were from the South (180 degrees) at 10 knots with gusts up to 21 knots.
Truckee Fire Protection District, CalFire, Truckee Police, California Highway Patrol, Placer County Sheriff, and the Truckee Tahoe Airport District responded to the scene and assisted with the incident. The Federal Aviation Administration was on scene as of 12:45 P.M. local to begin an investigation. The National Transportation Safety Board has been notified. The cause of the incident is undetermined at this time.  Ramp photo is of a similar type of aircraft. 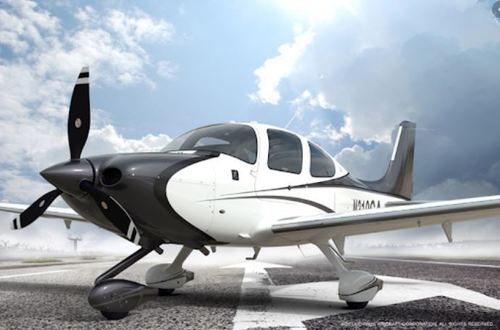 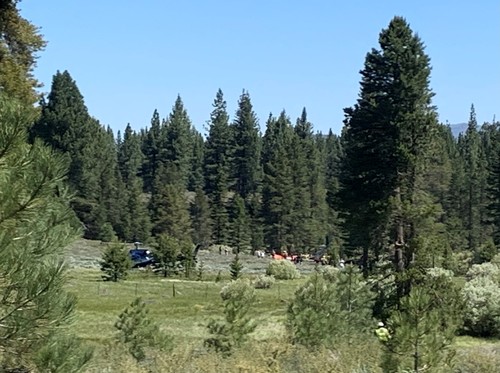